Annual coordination meeting of the ELDW 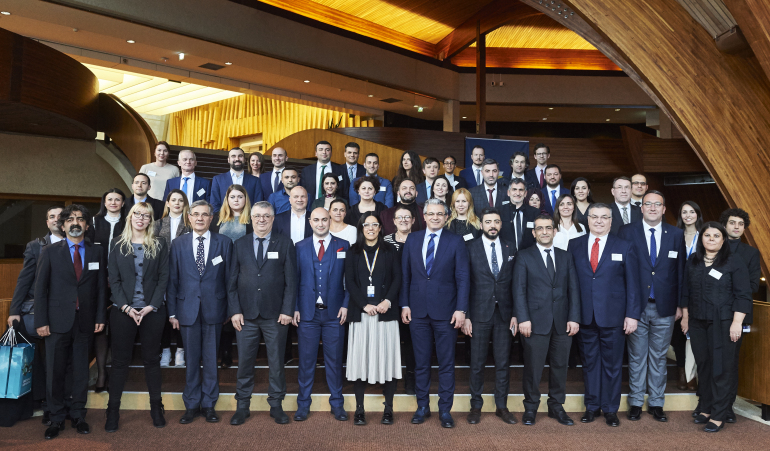 The coordination meeting of the ELDW was held in Strasbourg (France) on February 19 2019. Around 60 local elected officials from our partner cities from different European countries assessed the 2018 edition, shared their best practice and debated on new perspectives for the 2019 edition. During this meeting, we announced the new Thematic Spokesperson on the ELDW, Bryony Rudkin (United Kingdom, SOC), who replaces Gaye Doganoglu (Turkey, EPP/CCE) and Barbara Toce (Italy, SOC). New modalities were presented to the participants following the resolution adopted by the Congress on November 2018 in view of giving a fresh impetus to the ELDW initiative. The main objectives are the flexibility in the organisation of the ELDW during the whole year, to better award the initiatives, to moderate the network of exchange of good practice and to spread the outreach of the ELDW. The project of website and its new forum of discussion was presented to the participants as well.