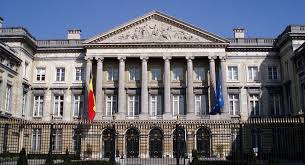 The Association “Cities and Municipalities of Brussels” (Brulocalis) will open its official European Local Democracy Week (ELDW) in the Parliament of Brussels, on 9 October 2017, to mark the ELDW’s 10th anniversary. During the event, the 19 municipalities from the Brussels-Capital Region participating in the initiative will present their Local Democracy Week programme and organise, in co-operation with ELDW coordinators, round tables to discuss with parliamentarians their ideas on the theme of “Togetherness”. Among the numerous activities proposed by the municipalities of Brussels-Capital are exchanges of views on the topics of local democracy, good governance, dialogue between authorities and citizens, as well as conferences on youth participation and a colloquy on e-participation.

Link to the website of Brulocalis (French version only)