More than 180 activities organised during the ELDW 2015 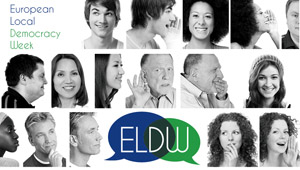 From 12 to 18 October, local and regional authorities and their associations across Council of Europe Member States were invited to organise activities within the framework of the European Local Democracy Week, a pan-European initiative created for boosting citizen participation at the grassroots level, co-ordinated by the Congress. While registration of participants and their events is still on-going, 81 partners - among them 18 “12 stars” – from 27 countries reported their participation in this year’s Democracy Week. They have registered 180 activities organised on the 2015 theme “Living together in multicultural societies: respect, dialogue, interaction”, which took place either during the official ELDW or at another time during the month of October. Gaye Doganoglu (Turkey, EPP/CCE), ELDW Spokesperson congratulated the participants in a letter, praising them for their commitment to European values and the improvement of local democracy.