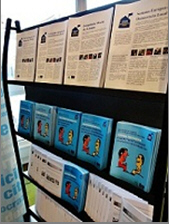 Around 310 activities in 30 countries are celebrating the European Local Democracy Week 2012.
As every year between 15 and 21 October, the ELDW brings together local elected representatives and citizens. More than 130 local and regional authorities and partner associations have registered for actively participating in European Local Democracy Week. Among them, 18 towns and cities chose to organise the Week as “12 Star City”. They are organising more than 150 activities with their citizens.

“The growing interest of associations in this initiative, especially youth councils, as well as the number of participants who are marking their first participation this year, confirms our vision for the promotion of ELDW back in 2007. It is a sustainable and concrete measure for local democracy and citizen participation”, added Keith Whitmore, the former Congress president and one of the first supporters of the ELDW.
Press release
Initiatives